On August 16th (yesterday at the time of this post), I just had my two-month anniversary for being in Bolivia! Yes, I know, it sounds like I’m celebrating a new-born. But, it’s hard to believe that I’ve been here for two (2) months already. Most of the days it feels like I haven’t made enough progress, specifically with the project work. But I know that, when I look back on these first 60 days, I’ll have a better sense of how much has been accomplished… I hope.

As I mentioned in a previous post, I had a doctor’s appointment, which is part of my immigration process. It was an experience, for sure. I received a drug test, chest x-ray, blood test, general physical, and saw the dentist… all in two hours, and all for $50! Not too shabby and builds the case for universal healthcare.

BUT, holy buckets, the experience. Blood tests with multiple people around. Walking through the office with your urine sample and placing it in a tray with dozens of other samples (no doctor present, by the way), giving answers about your health when you don’t understand the questions. Not good or bad, just “different” than anything in the US.

The funniest part, for me, was that all Americans, Pakistanis, Saudis and Israelis have to go through extra steps, just because our governments don’t get along. Unreal. 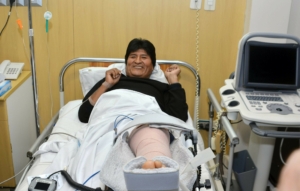 Anyway, a couple other key updates for the week:

Poco a poco, and they say in Spanish.